Are laggards more likely to be satisfied or dissatisfied? The answer might surprise you. Philip Derham reports.

Clients often use measures of customer satisfaction as an element in their assessments of their own corporate effectiveness, competitive advantage, and senior management’s performance – and related senior managers’ bonuses. Our online surveys thus normally include satisfaction measures, which we seek to make as effective and accurate as possible.

When reviewing satisfaction measure effectiveness, we look at the data itself and how we have measured that. Today, this can often include how long the online survey is open, as clients are often keen on speedy, though accurate, results.

Our online survey software allows us to see when each survey response is received. When graphed, the time and day results from a recent 2,934-sample survey, with three email contacts, raised questions, as Figure 1 indicates.

The double peaks of high response within 24 hours of each email’s dispatch, shown in Figure 1, was initially interesting but had a simple explanation. The survey invitation emails were sent in the early afternoon and would have been received shortly after. Most who responded did so when they received the emails – mainly in the afternoon and evening of the day of dispatch or the next morning, with few accessing their emails overnight, hence, the response was largely immediate, as Figure 2 shows.

Figure 2: Survey completion in the 24 hours from the dispatch of the survey invitation, shown on a 24-hour clock face

This lead us to question why a few took two, three, and up to six days after the email was received to complete the survey. We first wondered if these laggards were dissatisfied customers.

However, there was a significant difference between groups of satisfied customers, depending on their time of response.

Overall, and the result reported to the client, was that 86 per cent of customers were at least satisfied with the client – and 55 per cent were very satisfied. The remaining 11 per cent were neutral, had not used the service, or had not answered the question.

It is unlikely that the difference between the two groups is due to chance, as the late responders’ group results were nearly three standard errors larger than the results from the group that responded within 24 hours of the invitations.

The conclusions from this one survey analysis are that: 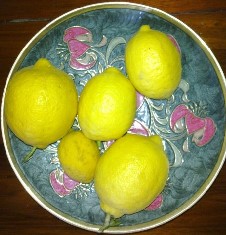 For one online retailer, the value of recommendation is clear.

For them, a recommendation is worth $20.

Just given them a friend’s email, and if your friend buys, they get $10 off that purchase and you get $10 of your next purchase (T & Cs applied).

Otherwise, your recommendation is implicitly, not of value.

Our Recommender Advantage Monitor taps into the answers of these questions (and more) and can help you establish the value of recommendations for you, and how you can stimulate more of them.

When knowing will strengthen your decisions…TM